Another early morning today as we were to catch a 5am bus to Nata, our connection point to Maun and the Okavango Delta. We were up at 4 to get ready, packed and checked out. We had arranged for a cab the night before, which is a slightly more informal concept in these parts, but the cab did show up on time. We made our way to the Bus Rank, as it’s called here, and arrived at a pretty desolate terminal. Most of the people were taxi drivers hoping for a fare off the bus that had arrived from Francistown a few minutes earlier. There was no sight of a bus leaving for Francistown though.

We sat around for half an hour or so, and a minibus showed up with a “F-Town” sign proudly displaying on the windshield. We assumed the “F” stood for “Francis” and asked the driver about connections in Nata. We had heard reports from various people that the road between Nata and Maun was closed due to flooding, but were unsure of the reliability of this information (insert fake news joke here). He assured us that there are buses running that route via a detour by the village of Zoroga. We found a lady, Lilian, who was also traveling towards Maun, and shamelessly proclaimed to be her Padawans so that she may show us the way. 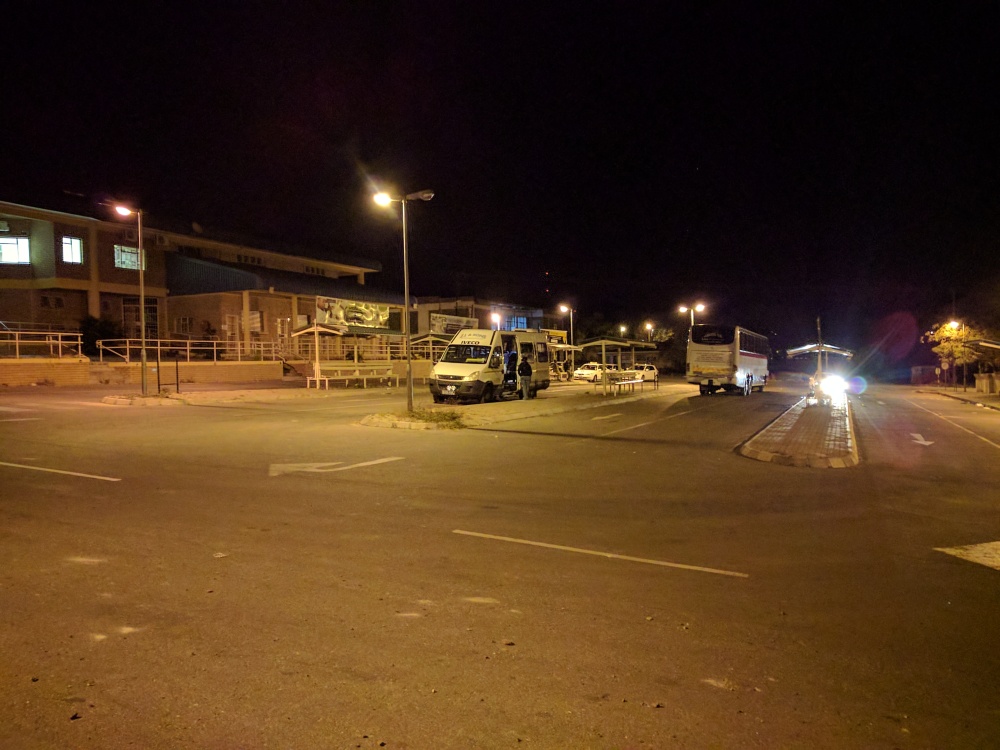 As it turned out, the 5am bus was actually the 6am bus so we had another half an hour to kill. This made the early wake up regrets creep in a bit, but we stood around making small talk with fellow passengers. One gentleman in particular changed the small talk to a slightly bigger one. Richard was from Zimbabwe but had been running a transport business in Botswana for the past several years. He is frustrated by the Government here giving out handouts to everyone but tenders to only certain insiders. Local investment is lacking, and so the infrastructure is unable to support economic growth. The topic ranged from colonialism and the legacy of brutality and exploitation by the foreigners, to the current pseudo-colonialism and the self-serving abuse of power and lack of true leadership. Politics, anywhere and everywhere, is a subject capable of supporting a discussion into perpetuity, or at least til 6am.

We loaded up on the bus, and left the Bus Rank behind. We made the several obligatory stops along the way picking up passengers and finally hit the highway towards Nata. The early morning knocked us out quickly, and we slept almost the entire way to the sounds of a variety of Gospel music, from traditional Batswana hymns to christian-pop to what could only be a what-would-jesus-not-do error of judgement, Chris Brown. A little ways down the road,  just like on our previous bus trip, we once again got pulled over by a car with a waving hand sticking out a window for a passenger that had missed the bus in town,  turns out this happens quite often. Just before entering Nata, there was another Foot and Mouth Disease control stop where we had to get out, have our bags checked for any animal products, and sanitize our footwear (including what was in our bags). Botswana has taken major steps towards reducing this disease that affects not only domestic cattle, but wild herds of Buffalo and ungulates.

Nata was just a short hop away, we were dropped off at a petrol station with a small shed for passengers, and promised a bus to Maun within 10 minutes. 45 minutes later we had snacked on Bananas and Ice-cream, but hadn’t caught any bus. Shweta, in her infinite wisdom, had asked our previous conductor for the Maun bus driver’s phone number, whom she tried calling. Apparently the conductor didn’t want a second date, and had given her an invalid number. Our friend Lilian seemed calm and indifferent towards this delay, she said there’s no schedule for anything around here.

After about an hour and a half of waiting for the elusive bus, we were told by one of the petrol station attendants that a car was going towards Maun and would be willing to give us a ride. We looked towards Obi Wan Lilian for guidance, and she said “Let’s go!” The three of us got into the car, it may have been a Toyota, but you can never be certain of these things. As we pulled onto the road towards Maun, there was a crowd waiting to hitch a ride and our driver saw the opportunity to add to his income. He attempted to seat two more passengers in the third row. I’m using the term “third row” a little loosely here, the vehicle wasn’t manufactured with a third row built-in, rather, a bench seat had been placed in the boot space of this station wagon. Unfortunately, he had to settle for a single passenger in the back since two plus luggage wasn’t​ feasible, not because of a lack of trying, but purely because of the unforgiving bitch that is physical space.

The driver was a Warrant Officer in the Botswana military named Reuben. His son, Tano, was sitting in the passenger side and had just completed high school. He was interested in becoming an engineer, but apprehensive about the amount of Math and Physics that he would need to learn. I tried to assure him that it’s not all that scary, partly because I wanted to encourage him, and partly because it wasn’t me who was going back to Engineering school!

This region had received record high rains last month, and there was a lot of water around the road. We passed onto a gravel detour for part of the way since the road had been washed away in the flood. The ride to Maun was smooth, this time the Gospel music was replaced by some Man-O-War, I guess the afternoons are reserved for debauchery. At one point Reuben suddenly slowed down having heard a noise, he had Tano check the tires but all was in good order. As we approached Maun, there was a police checkpoint where we were informed that the front right-turn indicator was missing. It turned out that the sound Reuben had heard was that of the light fixture flying clean off the vehicle. He planned on finding a replacement at the scrapyard in Maun, but whether it would be the same make and model, we’ll never know.

We pulled in to Maun around 4pm, dropped off the backseat passenger and our self-declared guide Lilian at the bus stop for their onward journeys. Reuben and Tano kindly agreed to drop us at our hotel, The Old Bridge Backpackers. Due to some confusing directions and a miscalculation on the part of google maps as to widths of cars vs bridges, we ended up on the wrong side of our hotel’s namesake, a walk-bridge over the Thamalakane River. We got dropped off, thanked the father-son duo of saviours, and walked across to the hotel. We checked in and were looking forward to some no-alarm sleep and two days rest before heading into the Okavango Delta.